Oops – when you take notes on your baking you should pay attention to them. In part 1 I baked the bread at 400 F for 45 minutes. It came out tasty, but the crust was to dark and too hard. Going back to check on things I noticed that I had baked a loaf 40 minutes at 350 F and had written that I should try 45 minutes to see if it would come out a bit better than the loaf at 40 minutes. So, the only thing to do is to repeat the exercise doing what I should have done the first time.

Here is a loaf made the same way as part 1, but baked at 350 F for 45 minutes, not 400 F like the loaf in part 1. One thing I did learn – you can mess up some baking bread and still end up with an edible product. 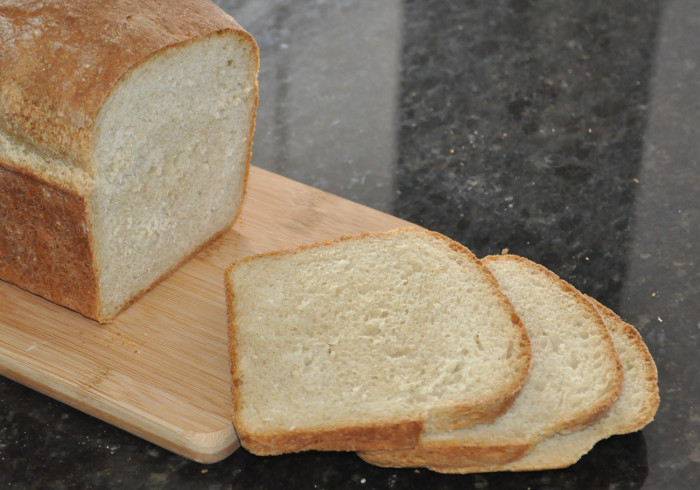 The final result baked at 350 F looks good (and tastes good) without the dark crust of the loaf baked at 400 F.

This shows the two loaves after the proof rise in the pan, about to go into the oven. Looking at the pictures I realized that the 350 F loaf did not proof as high as the 400 F loaf. 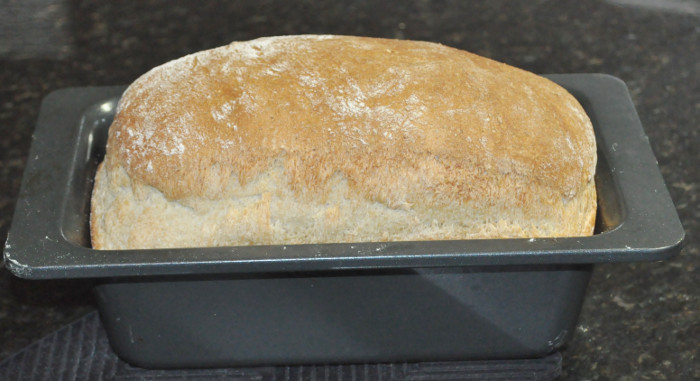 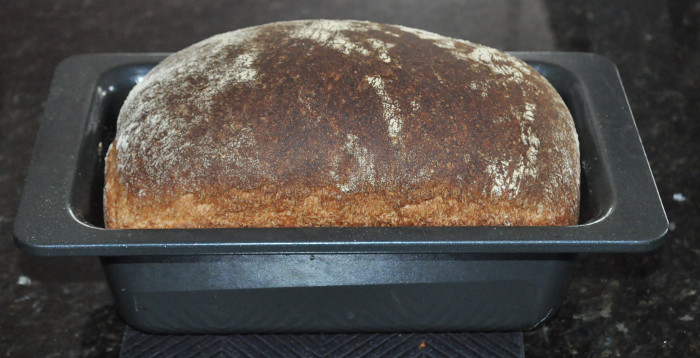 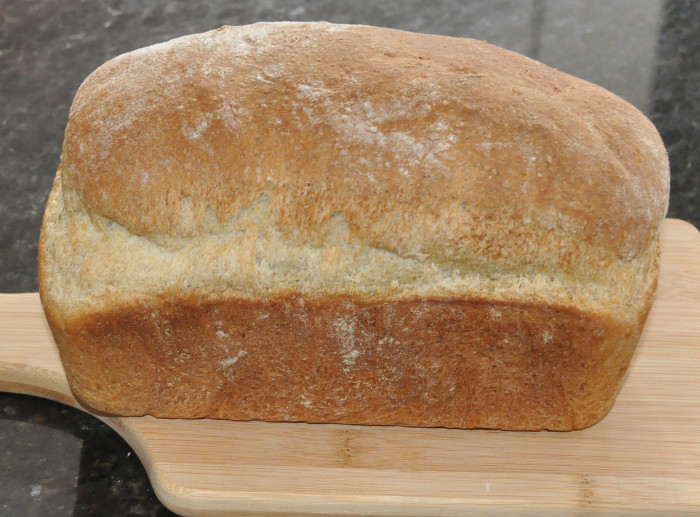 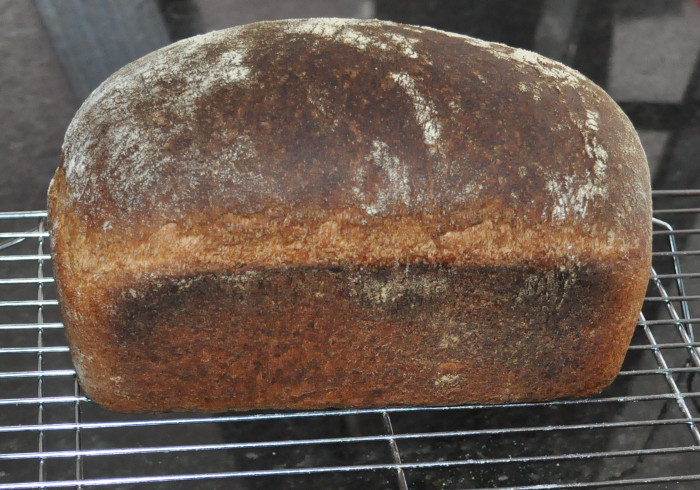 When I baked this same recipe in the bread machine, rather than making the dough to bake in the kitchen oven, the crust was lighter, thinner, and softer than either of these two loaves. That means that it makes sense for me to try baking this same formula at a lower temperature for a longer time to see how it will work out.