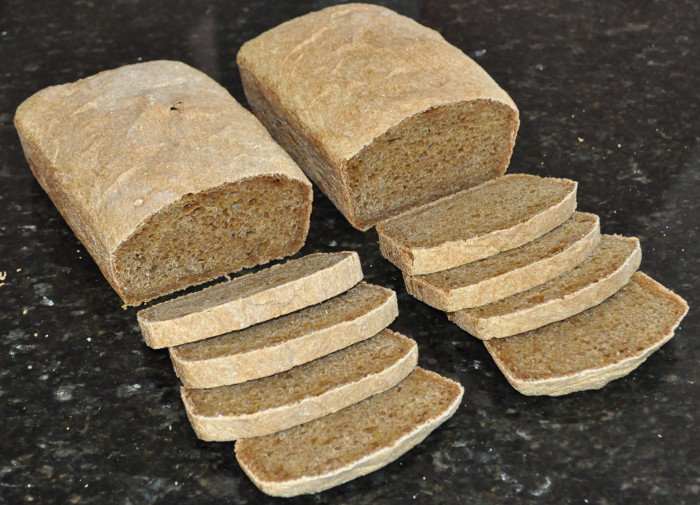 Since 1516 grams of dough is more than he bread machine can handle I needed to use the stand mixer. I weighed most of the ingredients in the mixing bowl, but the sugar, salt, and yeast I weighed on the 300 gram scale. 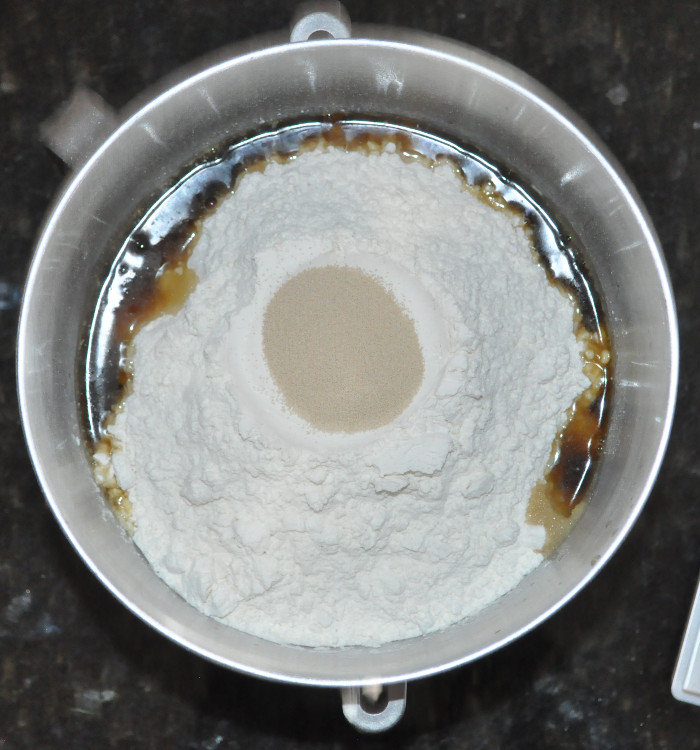 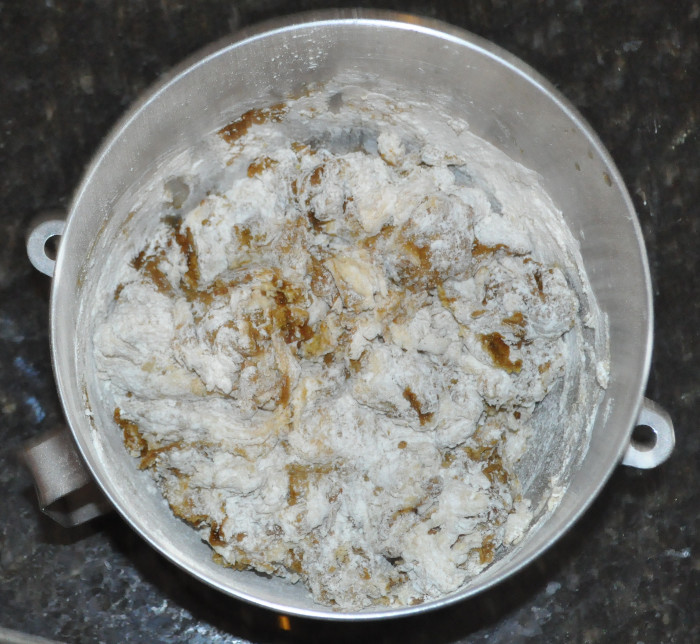 The left photo shows the ingredients in the mixing bowl before starting to mix them. The right shows them after mixing by hand with a spoon. The hand mixing to wet the ingredients so that the flour doesn’t go flying out all over things when the electric mixer starts up. 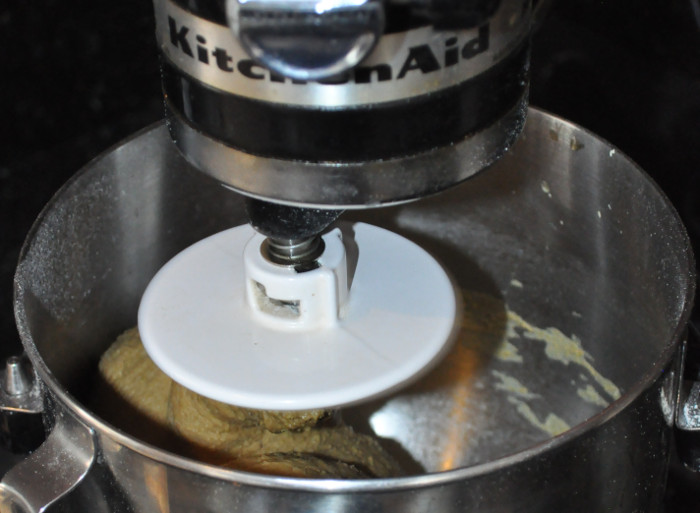 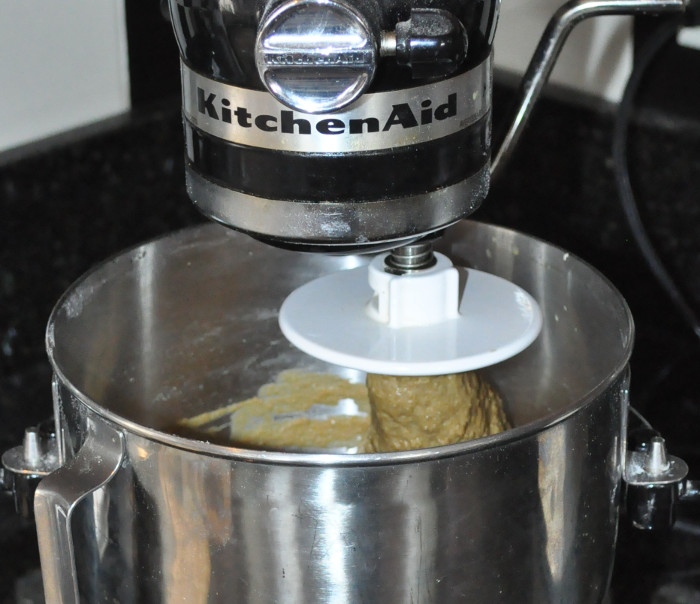 The bread hook on the mixer did a good job on the dough and it soon was in a wet looking glob in the bowl. I checked it after 8 minutes on low and it seemed to be pretty sticky. After another 2.5 minutes (10 min 30 sec total) I decided it was done. I checked the temperature of the kneaded dough and it was 83.8 F. The room temp was 73.9 f, so the kneading added about 10 degrees to the dough. 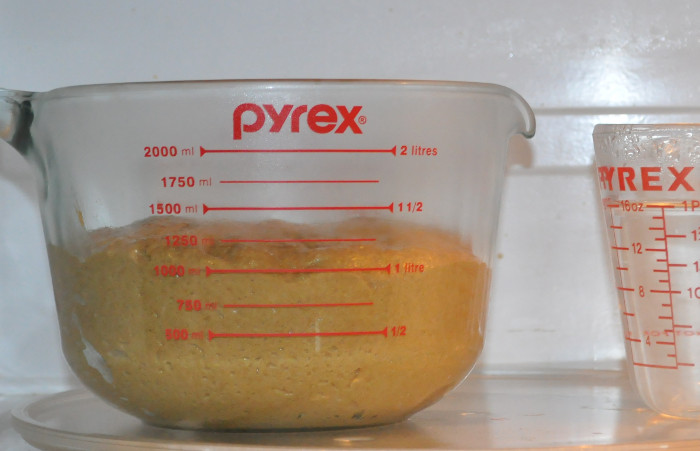 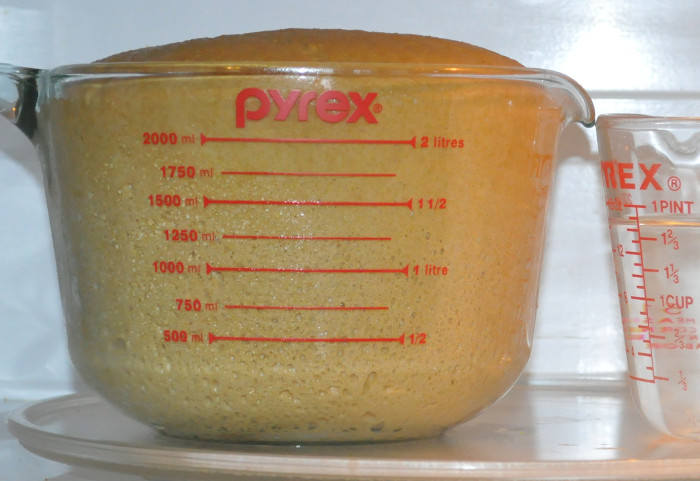 I bought an 8 cup Pyrex® measuring cup because I’d never seen one before and thought it was cool. I never expected to actually use it for anything, but it’s good for seeing when the dough has doubled. Here are the before and after shots of the bulk ferment (first rise.) 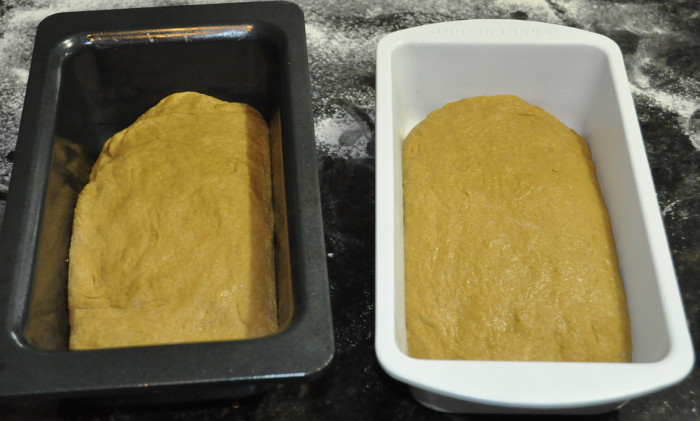 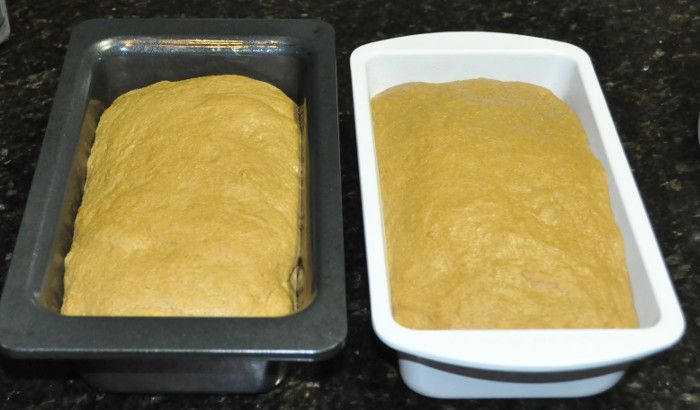 The dough was less sticky than the previous mix, but still too sticky for me to do a very credible job at forming two loaves. The left is before the proof rise, the right is after. Even after about doubling the pans were not really full. 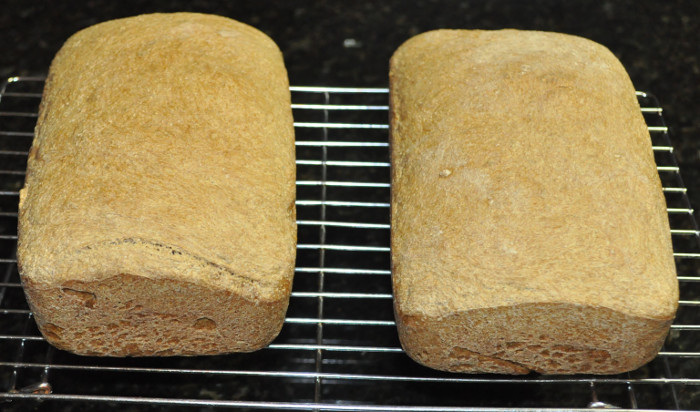 The 2 loaves looked pretty good on the cooling rack. There was almost no spring from the oven’s heat though so they were as squatty as they had been in the pan after proofing. 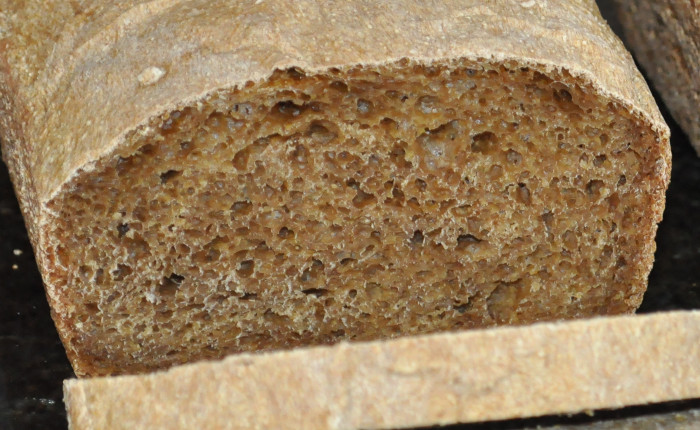 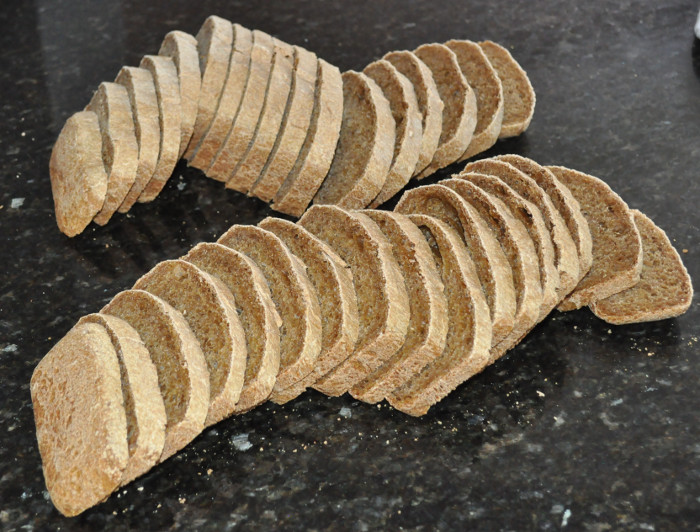 For me one of the hardest parts of making bread is slicing it so that the slices are more or less even. Thes squatty loaves sliced great. They were stiff enough short like this so that they didn’t distort as I sliced, which made slicing evenly much easier. The left photo shows that the texture is even across the slice. This is an improvement over the last batch, quite likely a result of even mixing with the bread hook. The right photo shows the completely sliced up loaves. This is by far the most even slicing I have done yet.