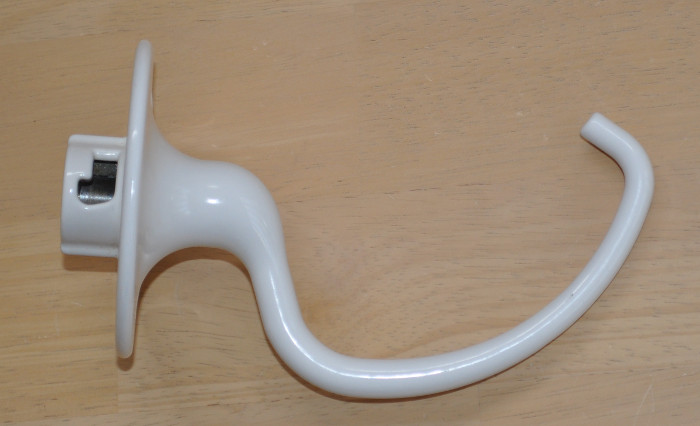 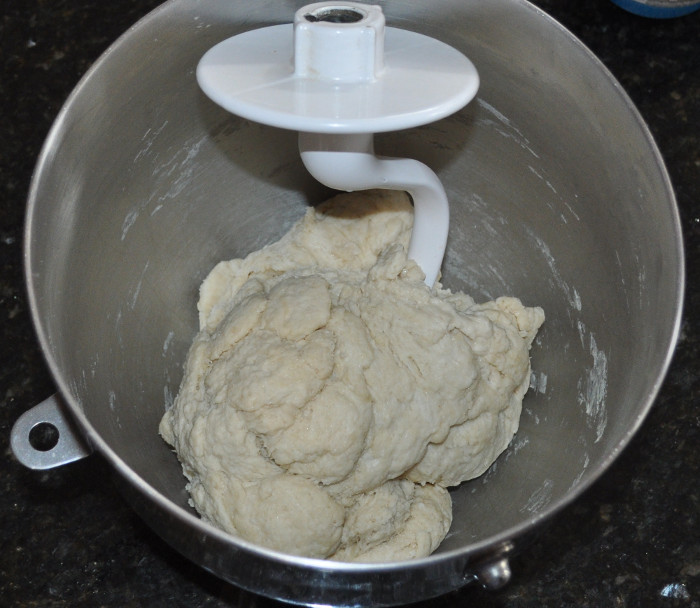 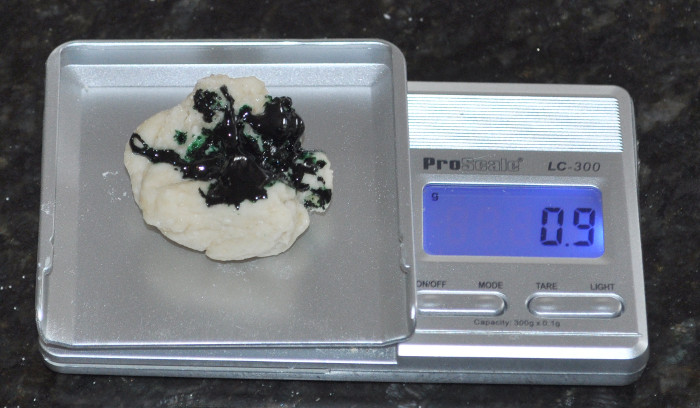 To find out if it would do much mixing I ran the dough hook just long enough for the dough ball to form up. See the left picture above. Then I added just under a gram of Wilton® Willow Green icing dye to a small lump of dough, as shown on the scale in the right picture. The lump was used so that all the measured dye would get into the dough. If I had used a cup to measure it in it would have been hard to get all the dye into the dough in one spot without smearing it around. The lump was put on the scale and the tare feature used to zero the scale to weigh the dye. 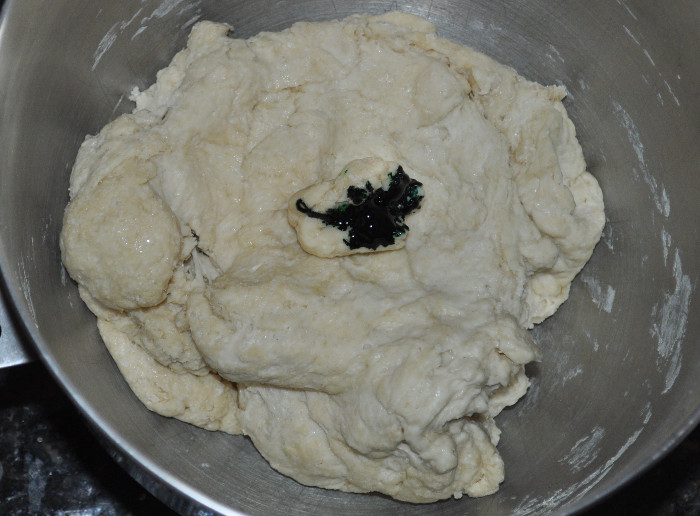 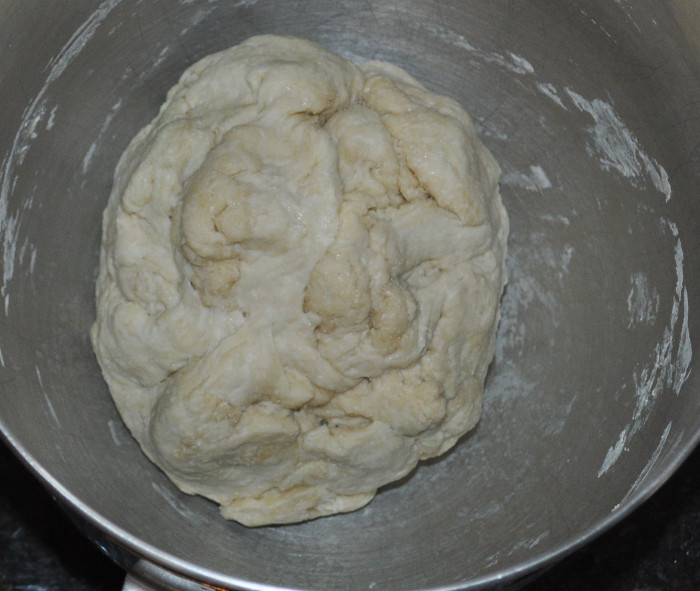 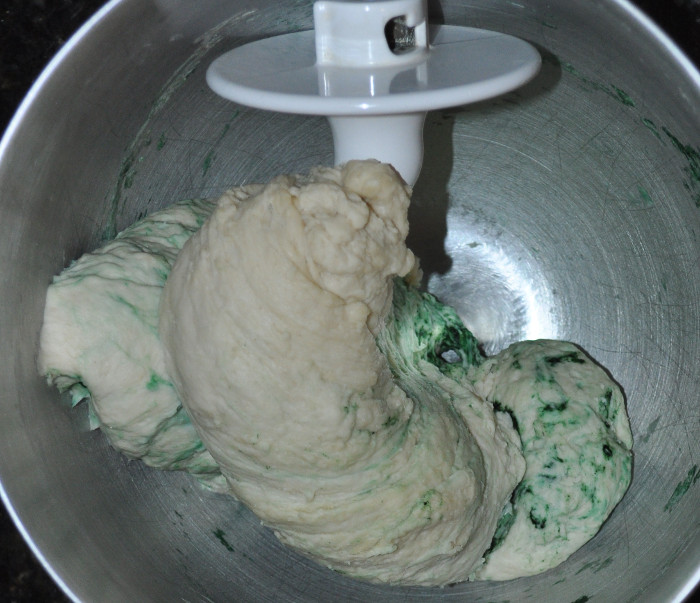 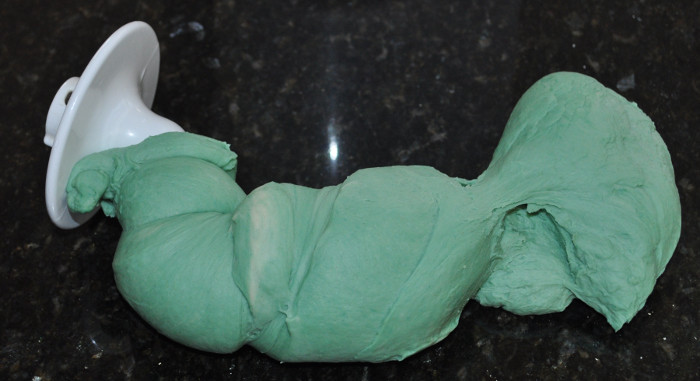 These two photos show the green mixing into the dough. The one on the left is about 2 minutes after the dye was added. The one on the right was taken at the end of the mixing/kneading on the hook, 10 minutes total mixing. 10 minutes is longer than typical, although the mixer handled it well as it was a one loaf batch. At two minutes I was wondering if the dye was going to spread through the dough evenly, but at the end of 10 minutes it looked pretty even.

The recipe for this loaf of green bread is based on the one that came with my bread machine. It had volume measures, so I used them and recorded the weights so I can duplicate the mix in the future and can use the ratios to scale things for the amount of bread I want to make. These numbers are for a loaf of about 2 pounds. This one weighed 936 grams after baking 60 minutes in a 300 F oven.

The dye is what makes it green, without it you would get a nice loaf of white, not green bread. I added it, the recipe from the bread machine didn’t have any added color. 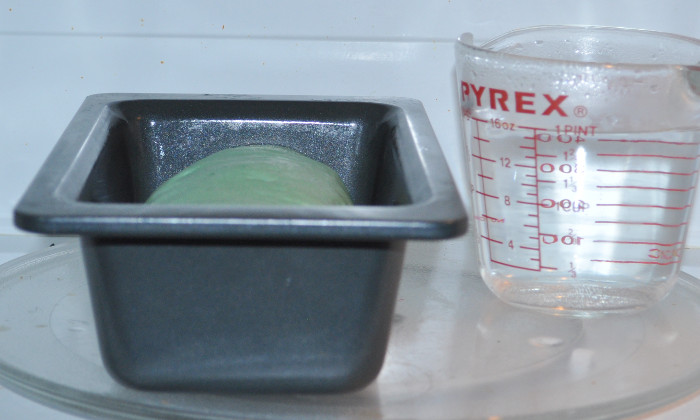 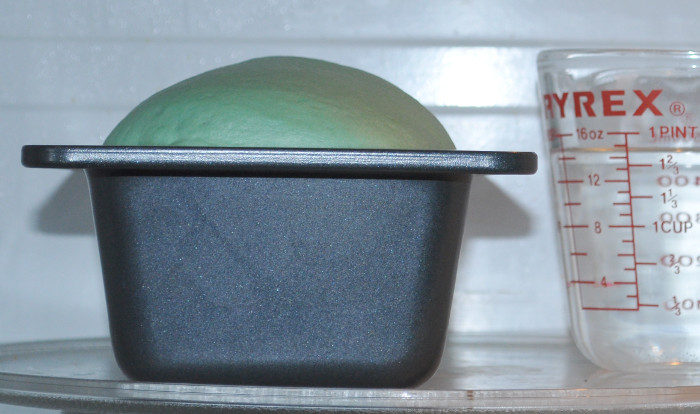 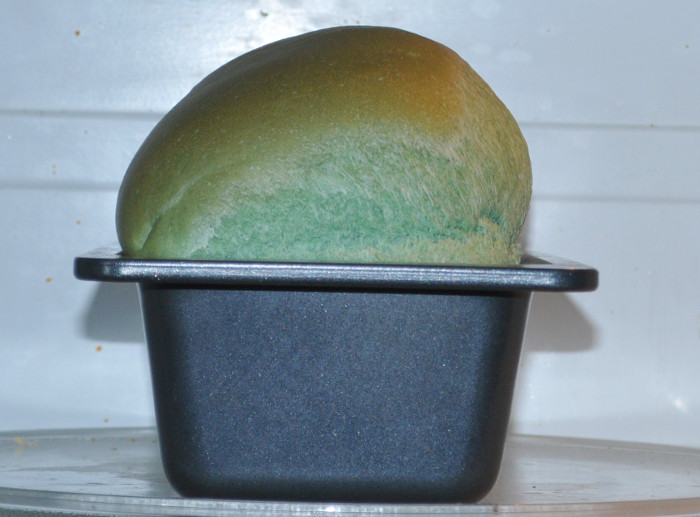 The left two photos above show the dough in the pan, at the start of the proof, and after about 35 minutes proofing before going into the oven. The one at the far right is the baked loaf as it came out of the oven to show the spring from the heat of the oven. 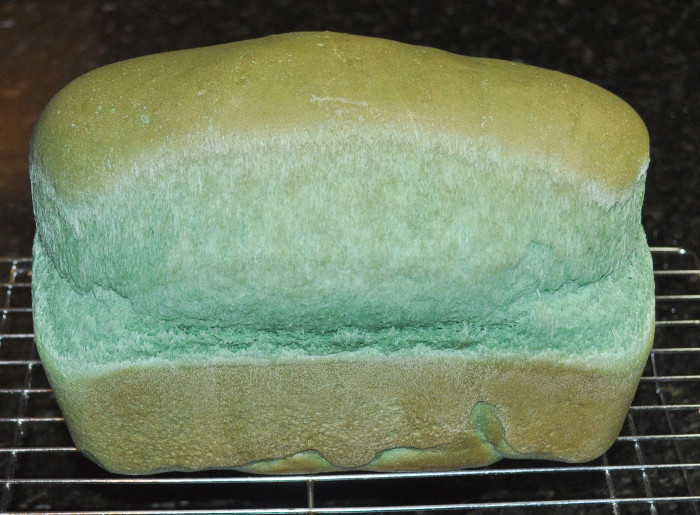 The bread cooling on a rack. The browning on the top obscures the green shade of the loaf, but the area where the bread expanded in baking is greener looking as it wasn’t exposed to the oven’s direct heat for as long as the top and the parts in contact with the pan. 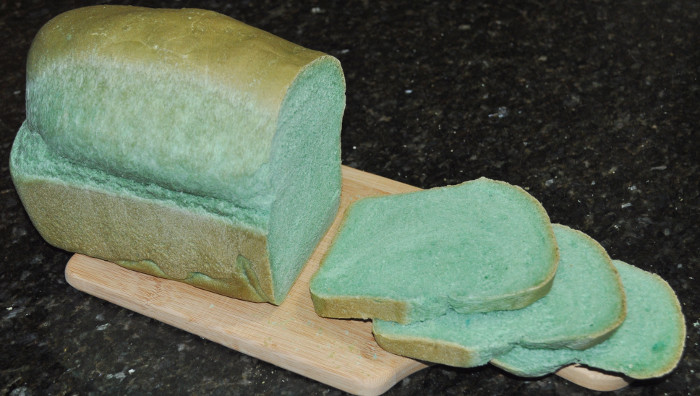 Finally, the loaf is sliced and the interior can be seen. The color is quite even, but not perfect. The end slice has a darker green spot in it, and the slice nearest the uncut portion shows a faint white streak. It appears that the C shaped hook will mix the dough fairly well after the initial wetting of the ingredients, although it may take longer than the normal mixing time for a batch of dough.

I still would like to get a spiral hook to try, but one doesn’t seem to be available for my mixer.