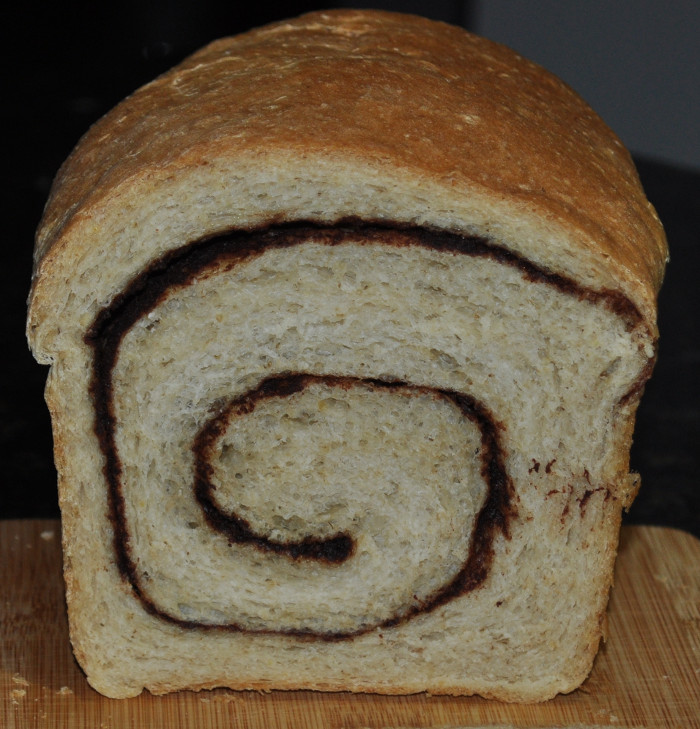 The marble rye bread I made in a spiral pattern left me wanting to try the spiral pattern again. A few days ago I got some books from the library and they showed cinnamon swirl bread, so I decided to make some. The photo above shows the result from my first try. It tastes great and looks great. The problem is that the bread is not bonded across the swirl, if you don’t pick the slice up carefully it unwinds. 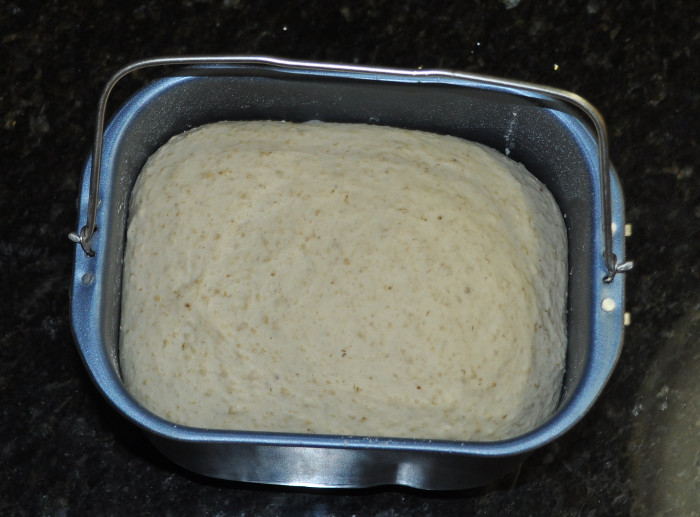 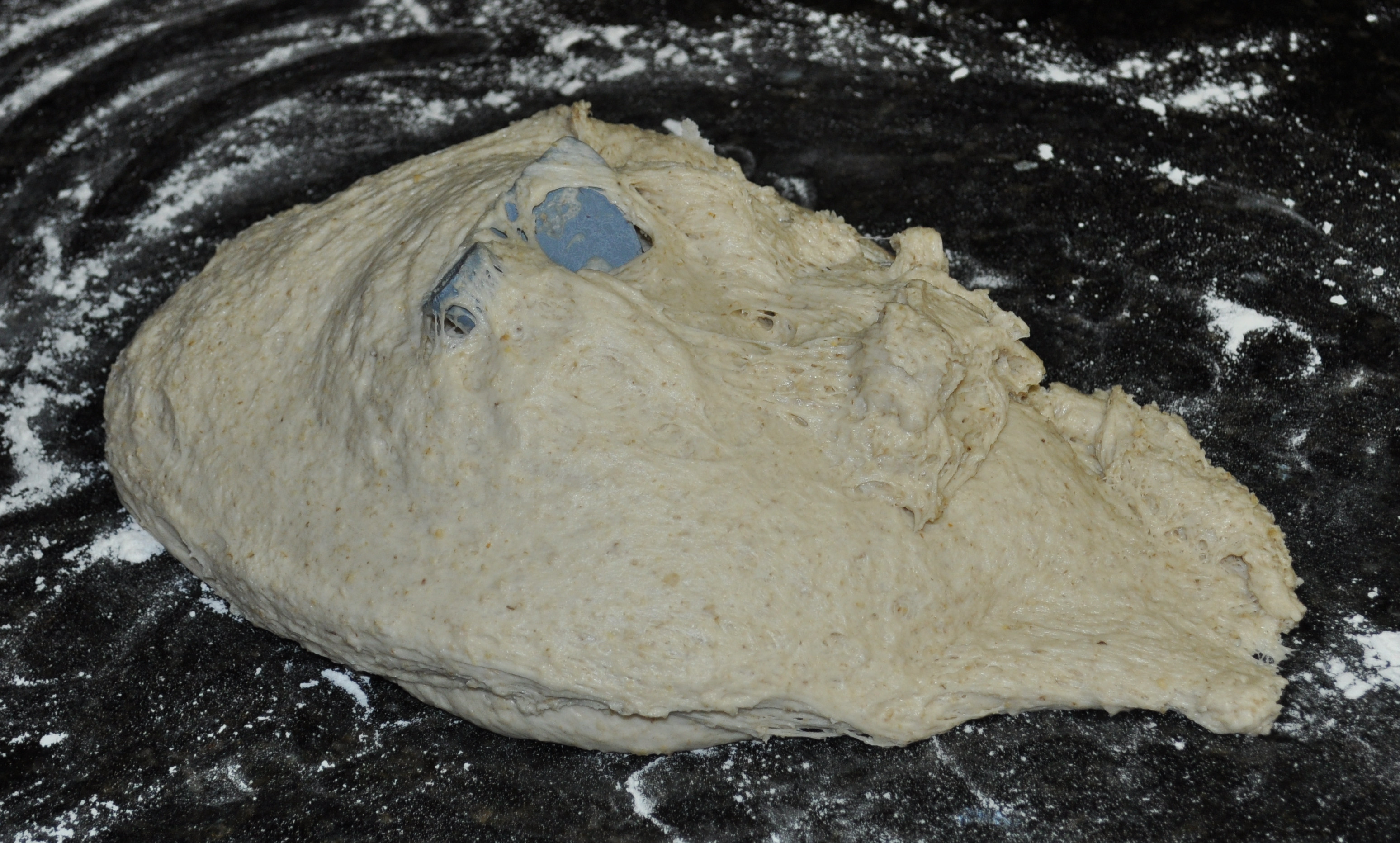 The recipe for Oatmeal bread that I have used before in several earlier posts works well in the bread machine so I used it again. The formula is below, listed in the order I added them to the bread machine pan. The pan weighs 407 grams and I just hit the tare button between ingredients so things go quickly. (The salt and yeast are weighed on a smaller more accurate scale and added to the pan.) 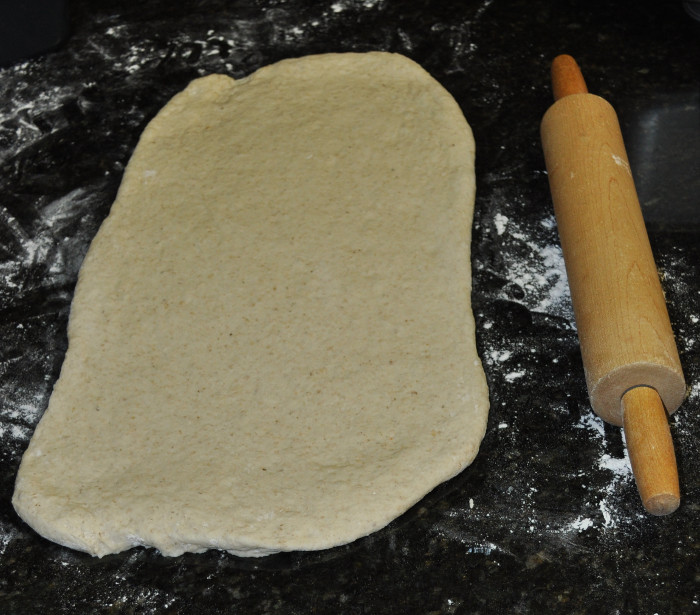 The dough was rolled out so it was about 8 inches wide and 20 long. The granite counter with a dusting of flour worked fairly well. As long as I renewed the dusting of flour when it was absorbed into the dough it didn’t stick. With just enough flour on the counter to keep the granite from looking shiny it didn’t stick, when the shine was there it started to stick. I hadn’t tried rolling dough on the counter top before and was surprised by how little flour it took to keep it from sticking.

One of the books from the library suggested using 3 tablespoons of tightly packed light brown sugar and 2 tablespoons of ground Cinnamon for the swirl, with 2 tablespoons of melted butter brushed onto the dough before sprinkling the mixture. The brown sugar weighed 34 grams and the cinnamon weighed 23 grams. I didn’t weigh the butter, just cut two tablespoons off the stick based on the markings on the wrapper. 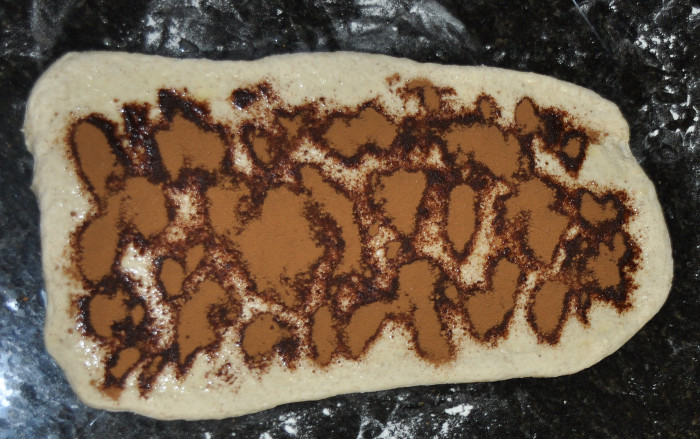 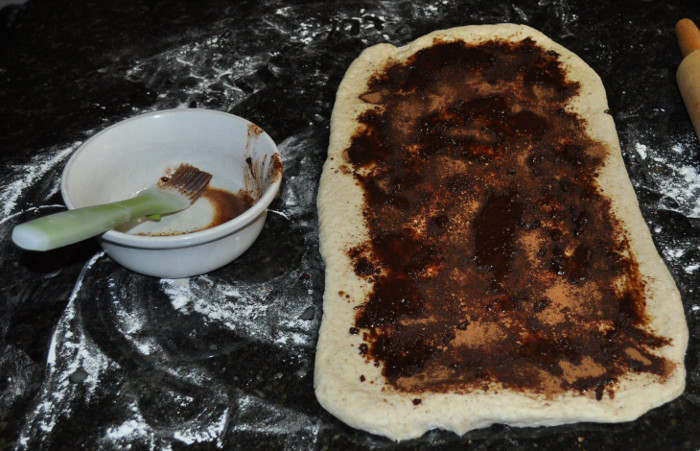 I used a silicone pastry brush to spread the melted butter onto the dough then sprinkled the cinnamon sugar mix with a teaspoon. The left photo shows the result. I wasn’t too happy with the way that the mix was distributed, it was not very even. I used the pastry brush to even things out and the right photo shows the result, along with the dish holding the brush and the remains of the melted butter. After spreading it around it looked more even and none of the cinnamon mix was dry. 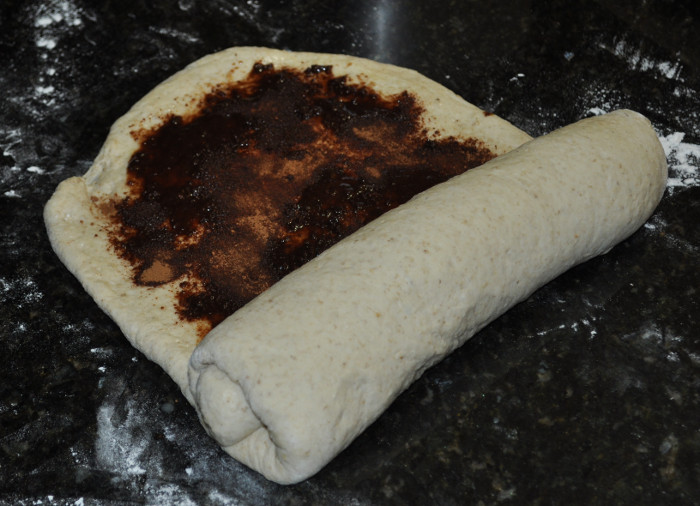 With the cinnamon mix on the dough it was time to form the loaf by rolling it up. Starting at one of the narrow ends it was rolled up into a loaf shape that would fit into the 9 by 5 inch bread pan. The photo shows it partially rolled. 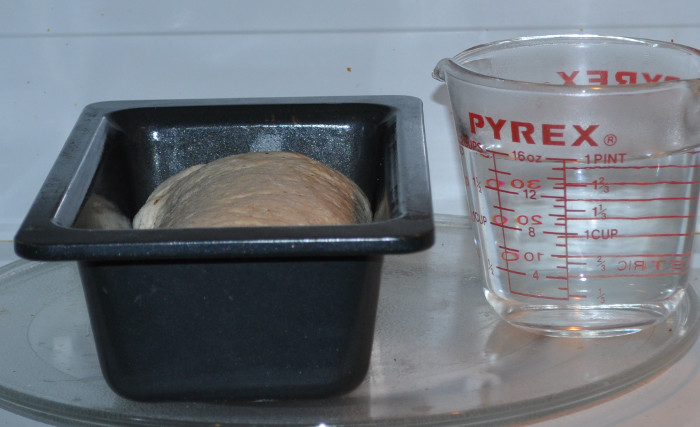 These two photos show the loaf in the pan before proofing. In the right photo it is about to be closed up in my microwave with a cup of boiling water. The microwave is just used as a convenient chamber as you should never run the microwave with a metal bread pan in it. The water provides warmth and humidity to encourage the yeast to do it’s work. 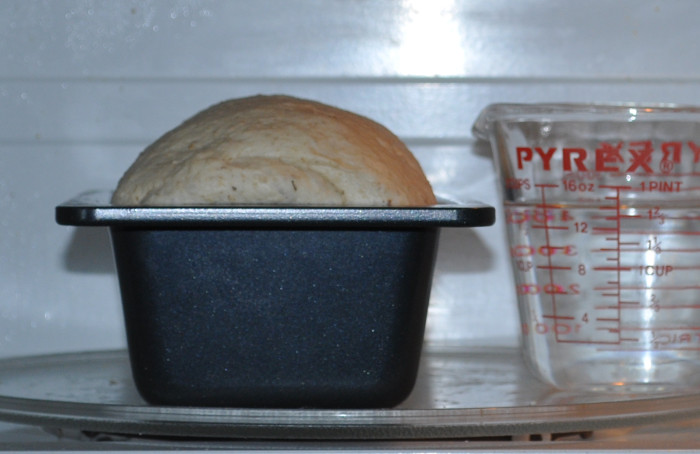 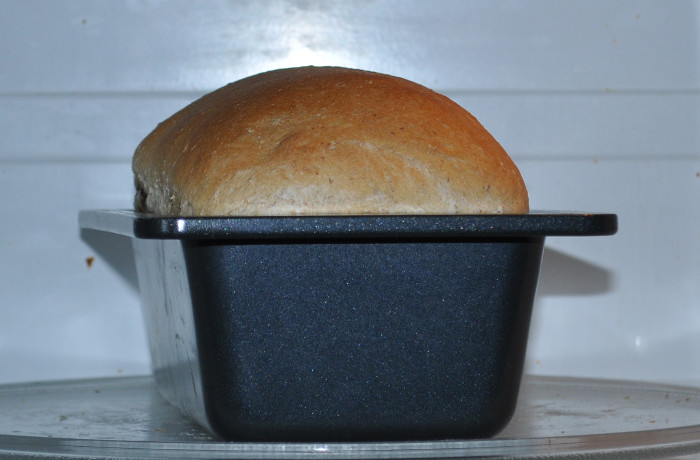 The left photo shows the proofed loaf before bakeing. The right photo is after 50 minutes in a 300 F oven. The difference in height against the horizontal lines in the microwave chamber show the oven spring. 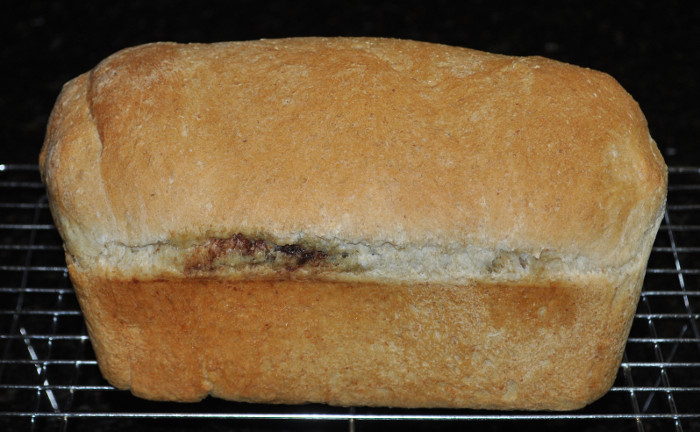 This shows the loaf on the cooling rack. The loaf looks good despite the leak where some of the cinnamon sugar oozed out. 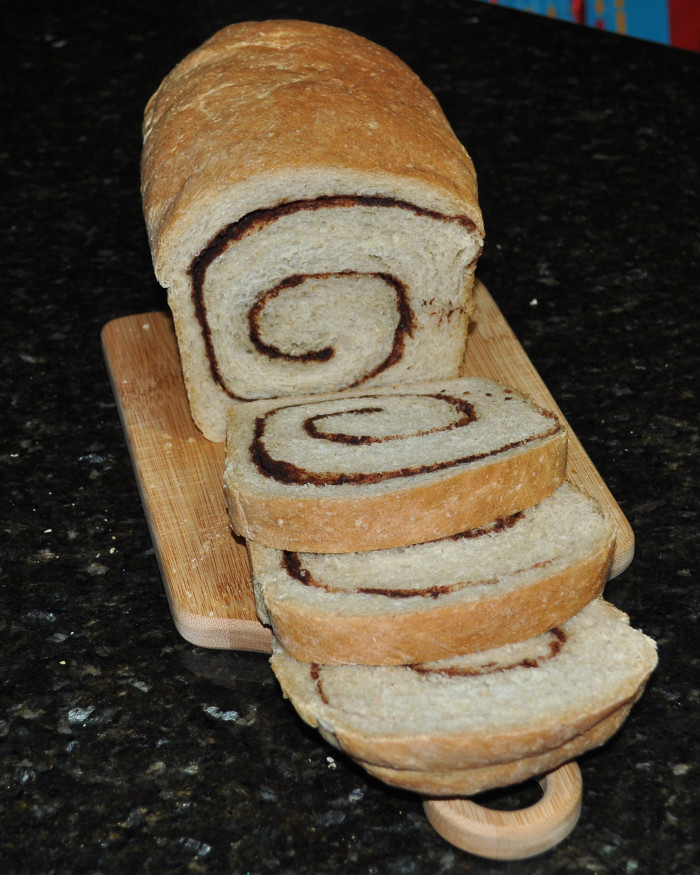 Here is the cooled loaf with the first few slices cut. They are thicker than I would have liked since the spiral in the loaf was loose making it harder to slice evenly. In the future I will need to figure out how to keep the slices from falling apart at the swirl.