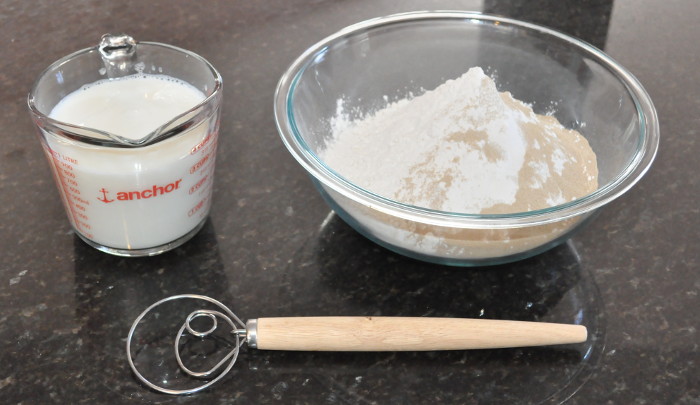 This recipe makes enough dough for three 9 by 5 bread pans, each a bit under 2 pounds. The skim milk was heated to 94 F in the microwave before mixing the sponge and the egg yolk for the dough was at room temperature. 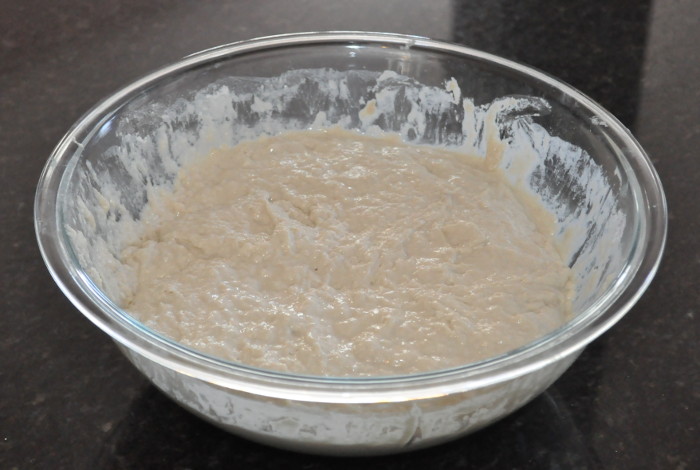 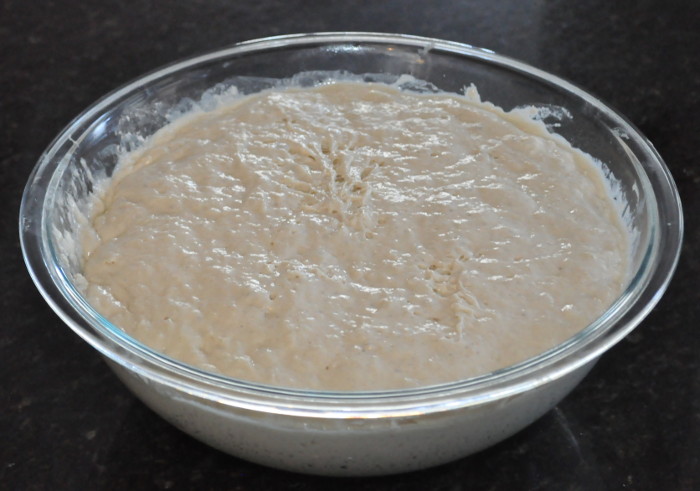 The right picture shows the sponge after about 90 minutes. Not quite doubled, but the 4 quart bowl was a lot fuller than it had been.

After the sponge had fermented the dough whisk came into play again mixing the dough. I used the whisk and mixed the flour, salt, and sugar into the sponge. The dough whisk made the job a lot easier than if I had tried to do it with a big wooden spoon. I kneaded it some, to get it really mixed, then added the oil and egg yolk into the dough. That was a mistake, it took a long time to knead in all the liquid, but I can use the exercise so it could have been worse. Next time I plan on using the dough whisk to add the liquids to the sponge, then use it to get the dry ingredients hydrated enough to begin kneading. Live and learn. 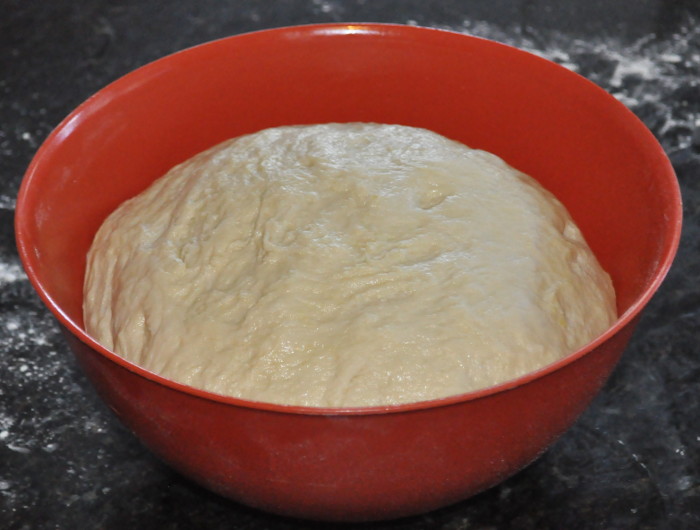 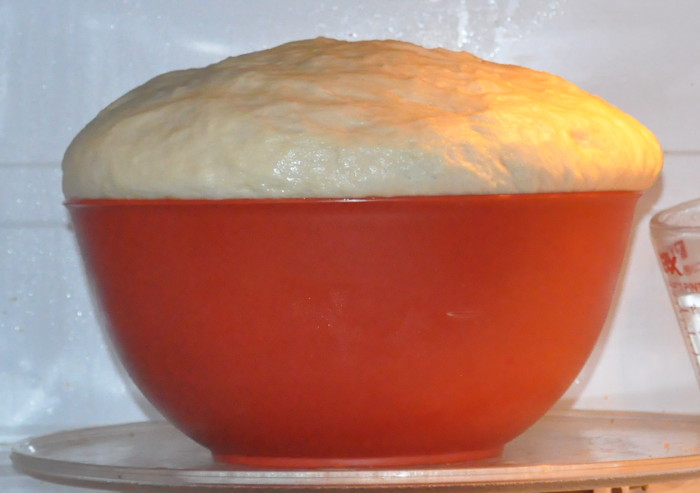 The left photo above is the dough at the start of the bulk ferment. The right photo shows it 50 minutes later doubled in volume. It also shows why I looked into larger mixing bowls and ended up buying two 8 quart stainless bowls.

The dough was smooth and soft after the bulk ferment and I was able to divide up into 884, 885, and 886 gram pieces to form into loafs to proof. They are shown above in their pans.

The left picture shows the proofed loaves, ready to go into the oven. On the right are the baked loaves after 35 minutes in the preheated 350 F oven. Some oven spring, but not that much. 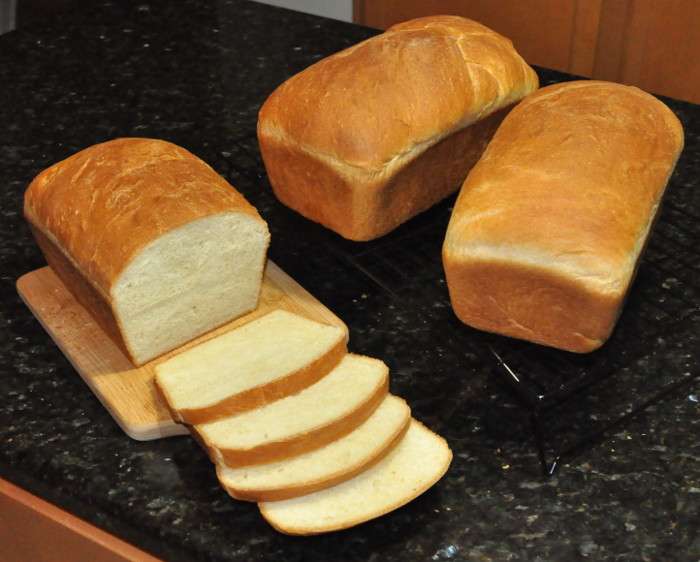 The baked loaves looked good and sliced nicely. They also were good eating.

The post started out with the question: A Dough Whisk? It’s time for the answer:

It may be weird looking, but it works great and saves a lot of aggravation when you are making bread and mixing by hand. It was money well spent.