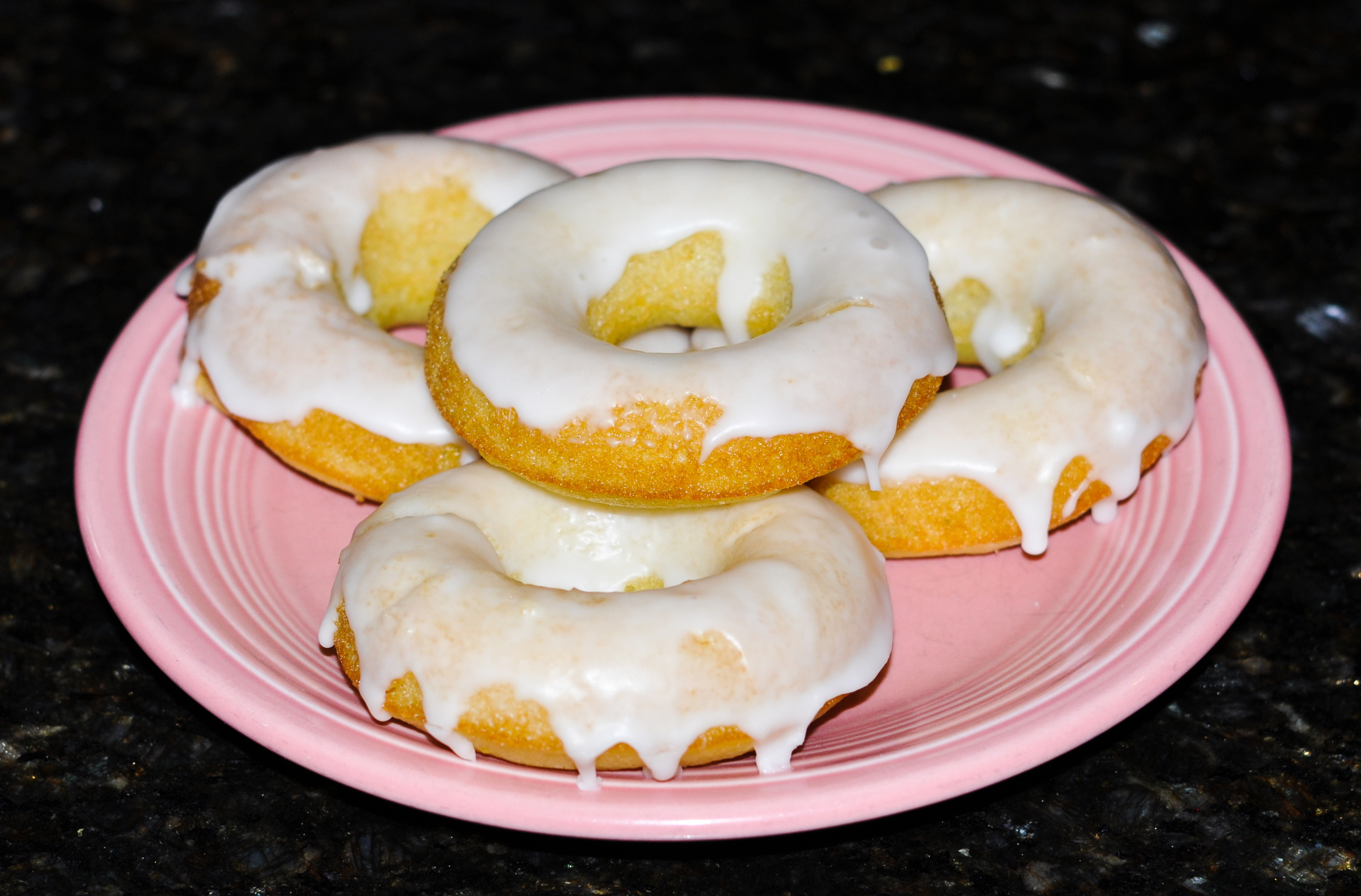 Prior to these “Zesty Baked Lemon Cake Donuts” none of the baked donut recipes impressed me very much. These donuts are really great – my only complaint is the recipe makes six, not twelve. I usually put the recipe to match the subject of the post in the post, but this recipe is Catherine Zhang’s so I recommend that you go to her site and to make Catherine’s Zesty Baked Lemon Cake Donut recipe for yourself. It’s an easy recipe to follow, there aren’t any unusual ingredients (except maybe for lemon Zest, the subject of my next post.) Catherine is in Australia, so she says to bake them at 175 C. I set my oven to 350 F, it worked fine and they came out really well.

All of the baked donut recipes I have tried so far result in donut batter that is the consistency of cake batter, and you need to get it into the individual donut shaped depressions in the pan without making a big mess. The easy, non messy, way to do it is to pipe the batter into the pan. A ziplock bag with the corner snipped of makes an improvised pastry bag. (Look for a bag with plain corners at the bottom, if there are folds to make a flat bottom it’s harder to make a neat snip to let the batter out. 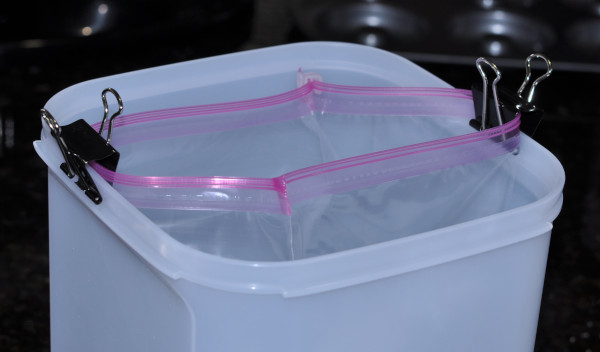 Getting the batter into the bag with just two hands is tricky, and apt to be messy. A couple of binder clips and a canister will make getting the batter into the bag mess free. The photo shows a gallon slide closing bag held open in a plastic canister with two binder clips from my office supplies. It has a fancy fold at the bottom so the bottom of the bag opens up on the folds. It is the reason I warn you about the bottom corners. I carefully snipped a little off the corner of the bag after I had filled it. The I went to fill the first donut on the pan and there were two holes where the batter was coming out. Not good, so be careful when you choose a bag.

The left photo shows the batter in the pan. Each cavity is filled about three quarters full. If there is too much batter in the cavity it will rise up in the oven and close up the middle of the donut. The double holes in the bag made for a messier pan that I would have like but I was able to clean the excess up before putting it into the oven. The right photo shows the donuts when they came out of the oven. 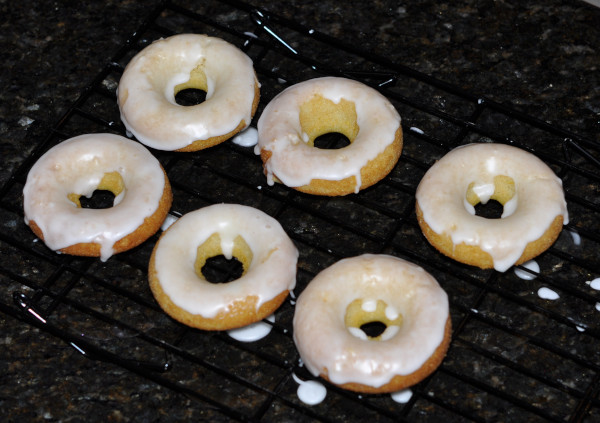 The left picture here shows the donuts out of the baking pan. The three in front are in the same position as in the pan, the three in back are upside down from the way they were in the pan. The right photos shows the six donuts on a cooling rack after they were dipped in the lemon glaze. Getting the glaze the right consistancy is important. Too thin and it will run off the donuts, too thick and it is hard to pull them out without breaking after you dip them.

The photo below shows why you don’t want to add to much lemon juice to the glaze. You get a big mess – but you still get to eat them so all is not lost! 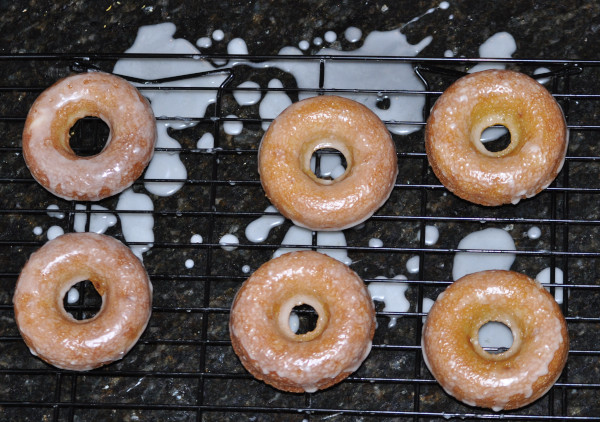